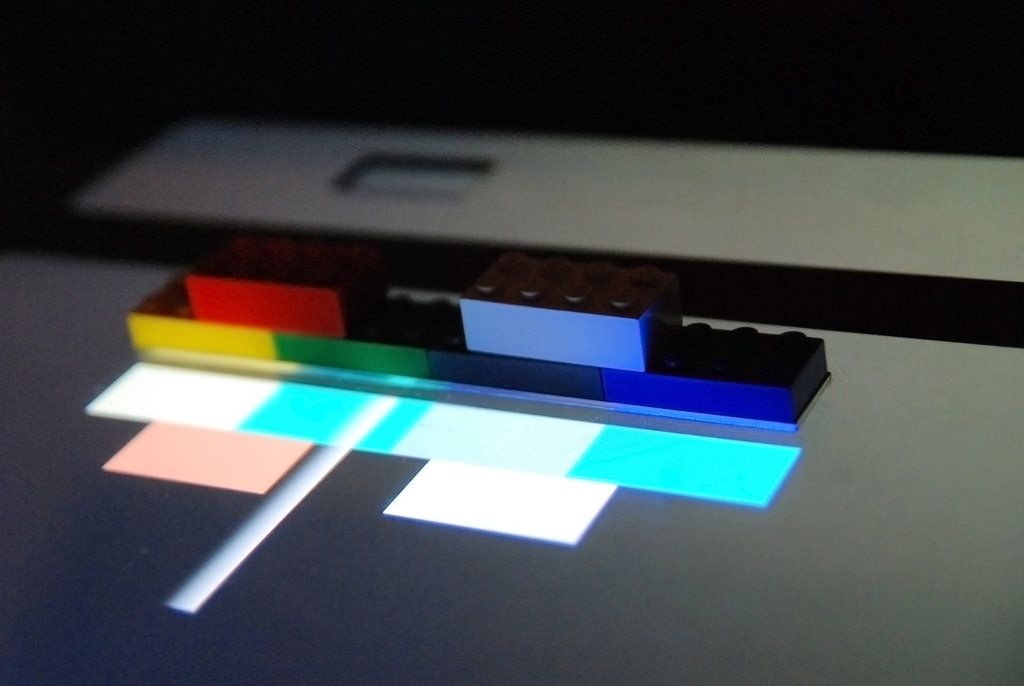 Brickquencer is a music machine. It is also a tangible realization of the way the interface is presented in sample-based music software. All the usual elements – timeline, cursor and coloured items representing recorded sounds appear in the form of Lego stones. These stones not only function as the items that can be recorded on but also as the means of operating the Briquencer.

A stone, and consequently a sound recorded onto it, can be arranged to a piece of music with other stones. All one needs to do is to drag the corresponding stone from one position and drop it in elsewhere on the track.

The Standard 4x2x1 stones used immediately show the ways in which they can be combined with others, placed on top of or next to each other. In addition, their nostalgic childhood appeal invites the audience to play around with them and experiment.

The Brickquencer has no control devices apart from the stones themselves. Only moving a stone to a new position triggers the different modes (playback mode, arrangement mode and recording mode). The recording mode starts when a stone is placed in the recording slot. Whatever sound is made in front of the microphone will after a short countdown (3,2,1) be recorded onto the stone which is at that moment located in the recording slot. Each stone thus recorded can then be put back on the track, arranged with other stones or played.

Many Thanks to Jasper Diekamp.